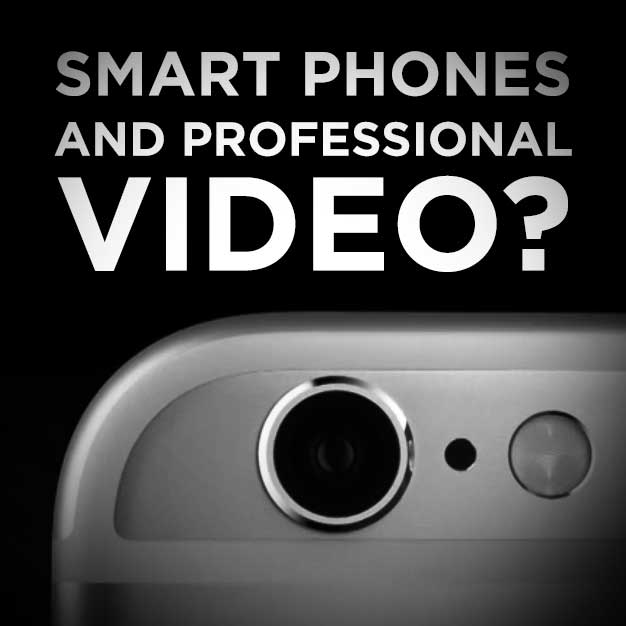 Is the modern smartphone taking over the world,
and what does it mean for video industry professionals?

Welcome to 2016, the one we will forever remember as the year Donald Trump ran for president.

Technologically speaking, we now have needle-free insulin patches, Wi-Fi-enabled footpaths, and yet still not one hover board.

We’re in an unprecedented era of information accessibility and oversaturated media content platforms, so what does this mean for those who have spent their lives in the industry?

Let’s look at smartphones. Every man and his dog now own one. It’s easier than ever to capture moments; there are even companies who specialize in camera lens kits for smartphones.

There are film festivals, such as the Toronto Smartphone Film Festival, dedicated to smartphone films and photography. There are feature length smartphone films (Tangerine, 2015). Even the man Robert Rodriguez himself was paid to create an 11-minute short on a BlackBerry 10.

While this is incredible for history’s sake (millions around the world experienced the horror of 9/11 with the help of spectators and camera phones), it can be concerning for filmmakers with professional rigs.

BECAUSE THEY KNOW BETTER

With the high-resolution filming capability available (4K in most new models), why wouldn’t companies simply begin shooting their own campaigns on their own devices?

Short answer: because they know better.

A high-pixel camera does not a good photographer make; a first year AFTRS student with an ARRI Alexa is not automatically going to transform into a cinematographer for the ages. On the flip side, a good DOP or photographer can make art with just about anything.

Like putting Mark Webber in a Yaris, it’s all about who’s behind the wheel.

Additionally, for anyone unfamiliar with the process involved with any kind of video content it would be easy to underestimate the time required in pre-production, or the value of having a good creative team.

Crafting the look, feel and story of a video comes down to the people behind the lens. So whether it’s a Red Epic, a DSLR, an iPhone or your childhood polaroid, the difference between an average video and a great one is the people who plan it.

Going beyond that, while having 4K on your smartphone is nice and all, anyone worth his salt knows that you’ll still need lighting, sound design, and a whole host of extras that, with a good production studio, you’ll never need to think about.

A client could spend time and money researching and hiring all of the additional elements, but without a solid director, producer and cinematographer the chances of producing good content are slim regardless.

In summary: just because you can, doesn’t mean you should (looking at you, Trump).

Video is arguably the most powerful marketing tool on the web (and without television imagine all those undiscovered amateur chefs, renovators, and farmers without wives).

The influence of video is undeniable; according to Dr. James McQuivey of Forrester Research the information retained in one minute worth of video is the equivalent of 1.8 million words (by his reasoning I could have summed this article up in a 0.00000494444 second video).

So as long as there are any kinds of marketplaces, consumers and clients, there will be a place in the world for video.

And while there’s nothing wrong with shooting on a smartphone, as long as there are companies who understand the value of high-quality, well-planned video content there will always be a place in the world for production companies and agencies, all the way down to camera operators.

Screentide Creative Content are a video production agency based in Fox Studios, Sydney. We love telling stories, regardless of the capturing method. If you have a story to tell or an idea to bring to life, get in touch via hello@screentide.com.au.